Posted by storieswithbrushesandwords at 12:01 PM No comments:

Christopher Weimann (1946–1988) was a celebrated master American paper marbler, who in his lifetime exhibited internationally and his work is represented in collections internationally. Since the early 1970s, he produced specially-made papers for a number of limited-edition publications, and also published two letterpress-printed editions on marbling of his own, together with his wife Ingrid, through Dawson’s Book Shop in Los Angeles. Both a pioneer of marbled designs and also scholarly researcher who researched historical pieces and technical methods, Weimann most notably investigated a number of rare marbled drawings, attributed to the 17th-century Deccan Sultanates in India. He proved that they were produced using cut paper stencils and gum resists applied to the paper before marbling, sometimes repeatedly with alternating masks, with stunning effects.

Due to both the high caliber of Weimann’s marbling and the significance of his research, interest in his work has continued after his untimely death at the age of 42 in 1988.  He has been featured posthumously in several exhibitions, both domestically in the United States and also internationally in Spain, France, and Turkey, and examples of his publications by other practicing marblers and historians worldwide.

Posted by storieswithbrushesandwords at 9:46 AM No comments: 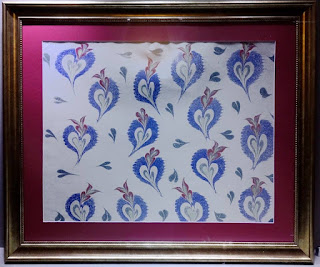 A marbled paper of Christopher's shown here at the Ebru Kongress in 2016, Istanbul. It is in the Collection at Ebristan. It is the only one he did in this way and it was wonderful to see again.

Posted by storieswithbrushesandwords at 2:56 PM No comments:

A Marbler's hands at work; the late Christopher Weimann 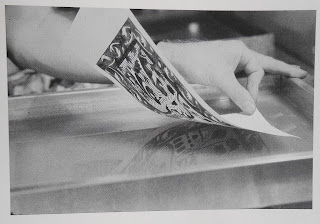 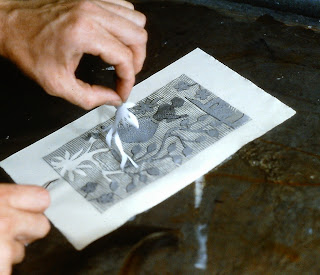 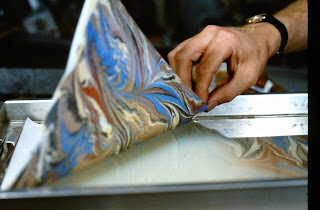 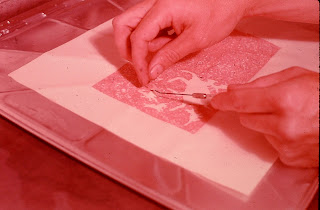 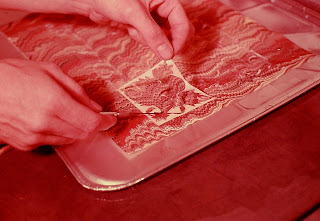 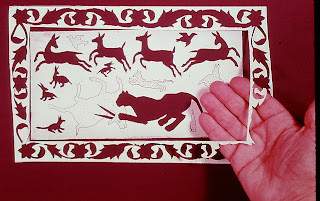 Posted by storieswithbrushesandwords at 9:11 AM No comments:

Last years Ebru Kongress in Istanbul, May 7-14 was wonderful. Many Exhibtions and time spent with Marblers' from around the World. A true Feast and Experience. 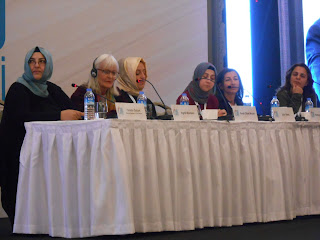 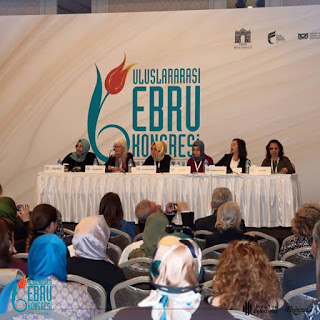 Posted by storieswithbrushesandwords at 5:56 PM No comments:

It was an unplanned and sudden decision not to miss the Exhibition of Decorated Papers at the Imprenta Municipal Artes Del Libro Museum in Madrid. Christopher being honored with a Case of many pieces of work and books was also part of the decision. Meeting Antonio in person after corresponding with each other for many years another reason to go. 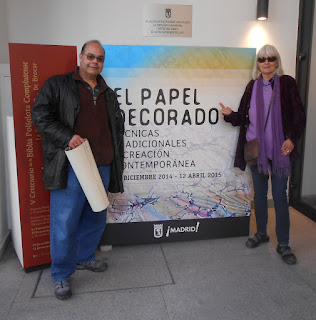 The first moments of arriving at this spectacular museum inspired me even before I went upstairs to
see the Exhibition. I was overcome with emotion. 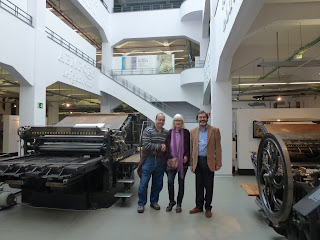 Here with Antonio Velez Celemin who put the show together and the Director of the Museum Jose B.Bermejo Martin on my first of three visits. 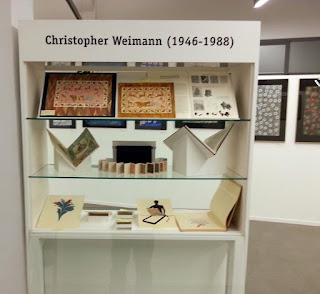 The case in Front 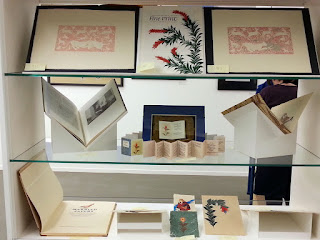 and back.
It was wonderful to see the many works of friends and all the creative Artists. It was truly a wonderful treat in person though both the Digital and Catalogue are good to see also.
Thank you Antonio. 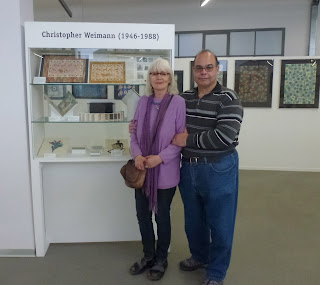 Posted by storieswithbrushesandwords at 12:53 PM No comments:

Lately I have tried taking images from slides and find after so many years they have faded
but a few images are still clear enough to share. 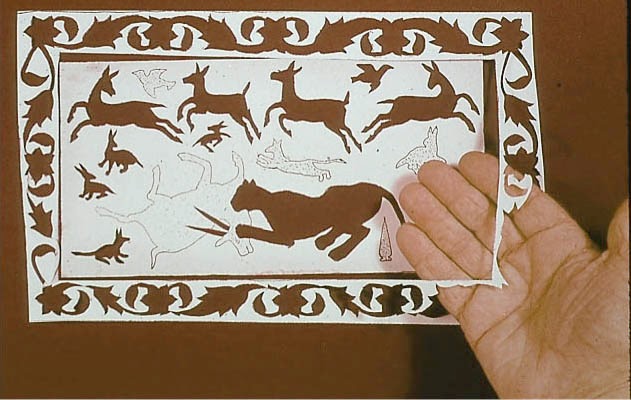 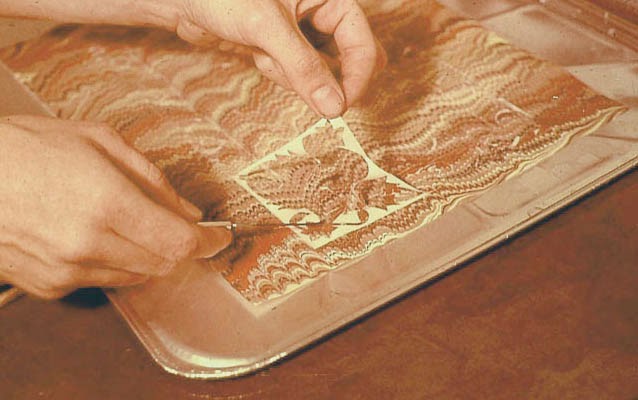 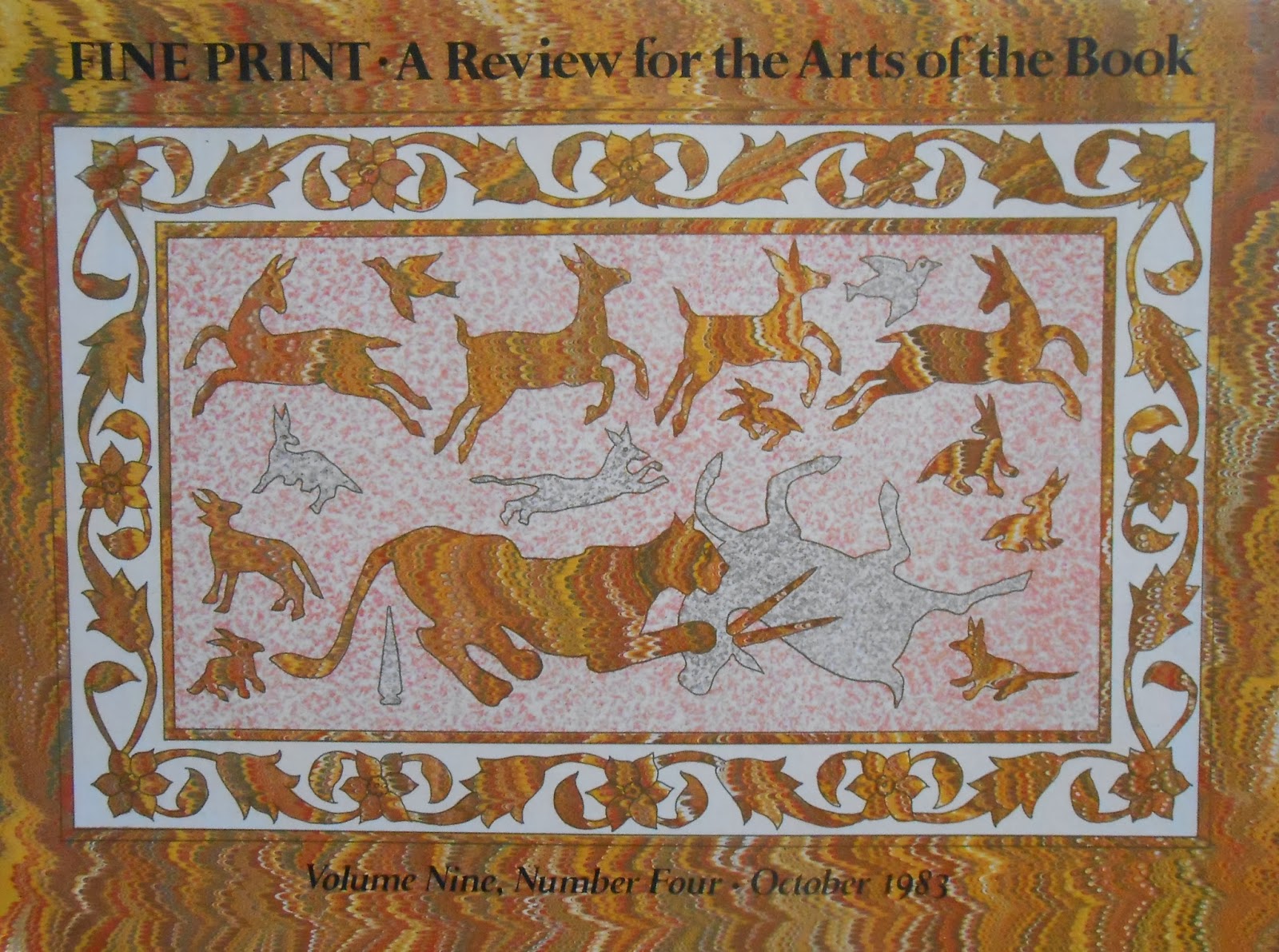 The outer boarder so very delicate and not connecting. Positioning the pieces was a tremendous job because any glue positioned wrong would act as a resist. Truthfully I left the house and Chris only did a a few after many experiments and failures. I'm happy to look back and see his accomplishment.

Posted by storieswithbrushesandwords at 4:16 PM No comments: