PS to the previous entry on the Miniature book 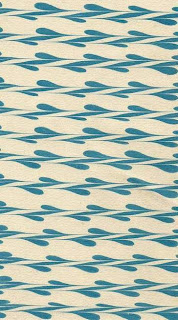 The final cover design below that we decided to use. The above piece, 4"X8" was in the attempt to make a Cover pattern and was an accidental design that he was not able to do again. It happened so fast and he hadn't taken notes as he usually did. This was the first miniature book awarded the "Award of Merit of the Western Book Exhibition" in 1981 after is was much debated if such a small book was to be included. It was noted that a small book can be as much work as a large one. It was an edition of 350 copies and they sold as fast as we could make them. There were many firsts in that book such as the first book in miniature marbling, the first example of of combined line engraving and hand marbling on a single sheet in the depiction of the finger holding a pin applying the color to the size. 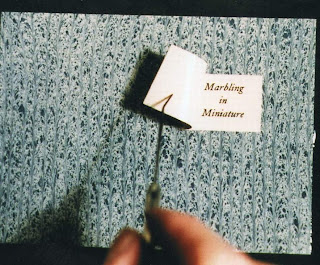 Posted by storieswithbrushesandwords at 1:07 PM